The beginnings of the national revival 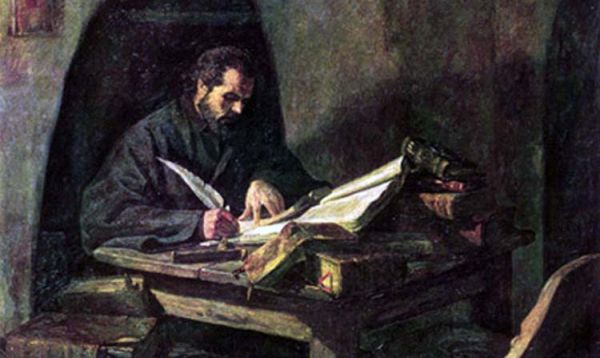 The beginnings of the national revival

The breeding ground for the Bulgarian national revival was the release in 1762 r. The history of the Slavic-Bulgarian monk Pajsij Chilendarski.

Under the influence of these words, the Bulgarian people woke up. Political systems have changed: w 1771 r. The Russians took over the Crimea, w 1774 r. they beat up the Turks at Kozłudża, w 1811 r. Kutuzov defeated them at Ruse, w 1828 r. Russian troops took Varna from the Turks and won the Battle of Silistra. The hope of regaining freedom grew. Other nations also demanded it. Here is in 1849 r. Polish and Hungarian soldiers of the Spring of Nations appear in Bulgaria, earlier the participants of the November Uprising took refuge, then they come, who took part in the January Uprising.

Bulgarians, excited about the weakening of Turkey, organize the first independence uprisings in the years 1830-1853. The Turks bloodily suppress numerous peasant revolts, by murdering and torturing people, burning the city. During this period, Georgi Mamarczow becomes the leader of the insurgents, Mancho Punin is in command of the peasants, w 1842 r. The event is organized by Georgi Rakowski (a Pole helps him and saves his life, the famous Sadyk Pasha, Michał Czajkowski), who later collaborates with Izydor Copernicki, participant of the January Uprising. At that time, Neofit Chilendarski and Chilarion Makarionowicz were active (they are fighting for an independent Bulgarian Church). In the period from 1853-1860 r. they stir up uprisings in various parts of Bulgaria, Dmitri Petrovich, Nikola Filipowski, poet Petko R. Slavejkov.

The next wave of four activities is the years to 1876 r. They are famous for the Cheta legend of Haji Dimitri, which was then covered with sweat, Panajota Chitowa, Stefan Karadzha.

Luben Karawełow, Vasyl Levski (he was hanged by the Turks after a trial in Sofia) organized a revolutionary committee in Bucharest to prepare for a nationwide uprising. Christo Botew with a Pole Mikołaj Wojno-wski at the head of a 200-person unit arrived at Kozłoduy on the hijacked Austrian ship "Radecki”. After many skirmishes in the mountains of Stara Planina, they both died. Let's add, that at that time the Turks were pursuing one more enemy: Asena way, the title character of the novel by Zygmunt Miłkowski (T.T. Hedgehog), which, translated into Bulgarian, circulated in the Balkans.

The April Uprising was to begin soon (1876 r.). Poles also took part in it, who had already experienced the November and January Uprising. The names of Georgi Benkowski are inextricably linked with the Bulgarian April Uprising (this surname was used by Gavrił Chłytiow, to whom the Pole Jerzy Bieńkowski gave his passport), teacher Baczo Kiro and Pop Chariton. Soon the Russo-Turkish war broke out.