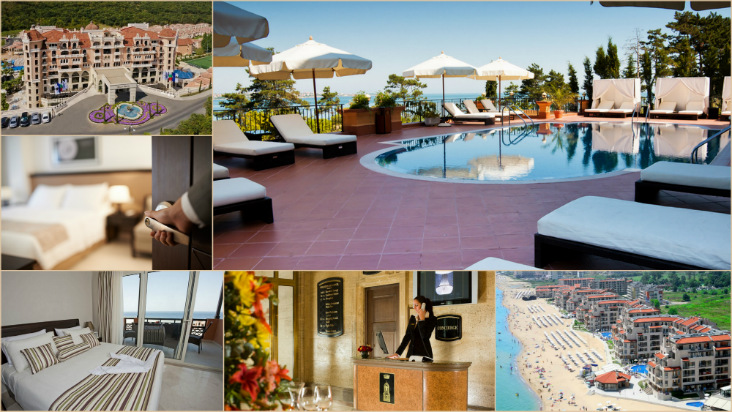 The average fee is 4 $ per night per person. Most campsites have small holiday homes to rent for little more than the cost of a regular stay. The usually crowded campsites by the sea also offer campsites. Madara has one of the best campsites.

It is forbidden to camp outside the campsites, but if the campsite is closed, one should not be afraid of the strict enforcement of the ban.

Orbita Youth Travel Agency office for holders of a student ID, Christa Botew Boulevard 48, Sofia, can book accommodation in student hotels throughout the country. If there are overnight stays, the fee is approx 10 $ per night per person.

Orbit has its hotels in Rila (about 22 km from the monastery), Bataku (in the mountains, southwest of Plovdiv), Lovech (between the Trojan and Płewen), in Veliko Tarnovo, Szumenie and Varna and in Primorsk on the Black Sea. Some resorts are open only in summer.

There are about a lot of hostels in Bulgaria, however, they are not listed on Hostelling International. There are two types of hostels. Turisńczeske houses (sometimes turistish spal) are reasonably acceptable hostels with one thing- or double rooms; they are usually located in or around cities. Chyża, on the other hand, is a mountain shelter, offering beds in collective bedrooms. Most Bulgarian hostels place the HI symbol at the entrance.

Guests must present their HI membership card upon arrival at the hostel, to document your entitlement to a discount. Opłata za hostel w Bułgarii wynosi około 9 $ for HI cardholders and 11 $ for other clients. Hostels are open 24 hours a day.

Balkantourist, Tourist Information & Reservations (SHOOT) and Odysseia-In in Sofia reserve private accommodation throughout the country. However, in most cities there are private agencies offering accommodation for a few dollars cheaper. On the coast, it is much cheaper and easier to get private accommodation only in cities and towns. Hotels have a monopoly on accommodation in resorts. For private rooms (usually for two people) solo tourists have to pay without discount. Even so, a private room is cheaper than a hotel room.

From November 1989 r. private hotels began to appear in Bulgaria (counterparts of foreign guesthouses). They are small and, as a rule, have less than a dozen rooms. The newest ones are open 24 hours a day. In a private hotel, you should expect fees from 20 do 70 $ for peace.

The Balkantourist has used the monopoly method in the past, preventing foreign tourists from using cheap hotels. Travelers were told, that the hotel or hostel is reserved only for Bulgarians, or that there are no vacancies. Now you can stop anywhere, where you feel like it, although there are still separate tariffs for Bulgarians and foreigners.

The standard of hotels is defined by the number of stars (one to five). The most expensive, called interhotels, have from 3 do 5 stars. Lots of two- and the three-star hotels of the Balkantourist are very dilapidated, a ceny tam oferowane są bardzo wysokie. Niewiele hoteli w Bułgarii jest wyposażonych w klimatyzację.